Have you ever dreamed of discovering sunken treasure? If so, the Mel Fisher Maritime Museum would be right up your alley. Long ago, the waters around the Keys presented difficult navigating for ships. As a result, it wasn't unusual for wrecks to occur, taking lives and other precious cargo to the bottom of the sea. To this day, underwater archaeologists look for mysterious sunken treasures from long ago.

One of the most famous of these hunters was Mel Fisher. His dream of finding treasure began as a child when he read Robert Louis Stevenson's, Treasure Island. He and his crew were successful in discovering many lucrative shipwrecks, but Fisher had his cap set to find the Spanish galleon Nuestra Senora de Atocha which he had read about in Potter's Treasure Diver's Guide. It was a royal guard galleon with 40 tons of gold and silver aboard which sank in a devastating hurricane along with other ships in 1622.

For 16 years he told his crew every morning, "Today's the day", until finally it happened. They found the ship. Thousands of artifacts were discovered worth many, many millions of dollars. It was considered the richest treasure find since the discovery of King Tut's tomb. Mel Fisher was truly an example of what can happen when you never, ever give up.

We saw gold and silver, emeralds and goblets, jewelry and pirate muskets. 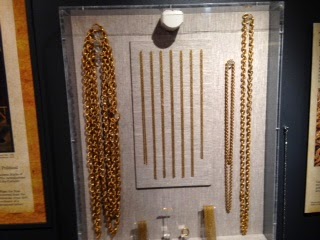 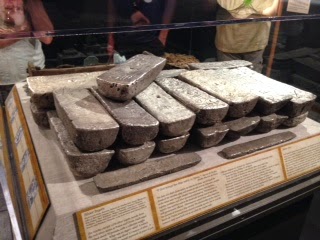 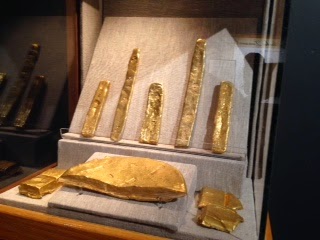 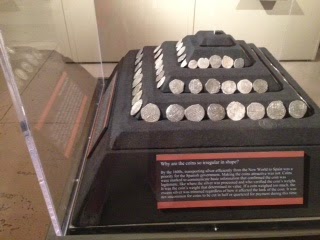 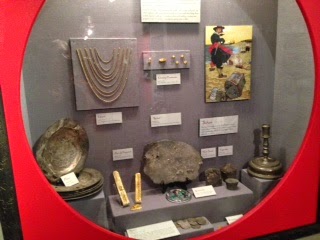 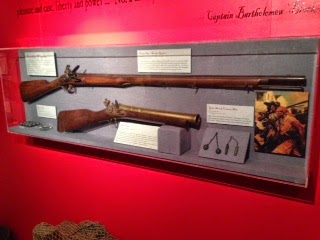 This small sampling shows the beauty and detail of the artifacts found by Mel Fischer.

And we we saw something else that widened our eyes. For those of you who recall me writing about our local sculptor friend, Don Wiegand, upon entering the museum the first thing we saw was a bronze sculpture Don did of Mel Fisher.

Talk about finding a touch of home in Florida!

If you get a chance, I strongly recommend you visit the museum. You won't regret it.

Next time I'll show you one of the highlights of our trip...the home of Ernest Hemingway and the fabulous felines that live there.

Pat-Thanks for this post. I've never been to Key West, so it's nice to go vicariously with you.

Sounds like a very interesting place to visit and what a story. Have a tremendous Thursday.
Best wishes Molly

What a fantastic exhibition, must have been so interesting to see.
Lynne x

What a cool story! And of course I can always use that inspirational message.

Love this post, Pat. Thanks for the tour. I know I would love this museum, so it was great reading about it here.

Not sure if my previous comment went through - thanks for sharing all the wonderful sights on your trip.
Ann

Cool stuff! Hope you have a very Merry Christmas!