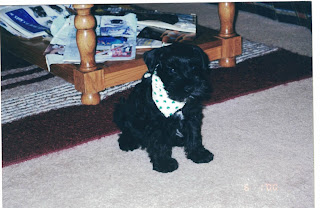 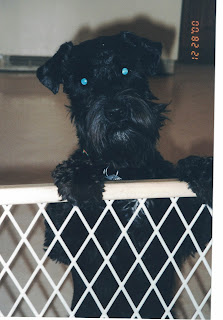 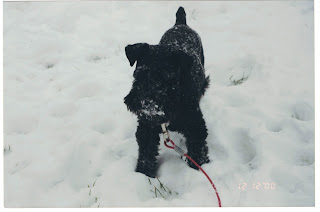 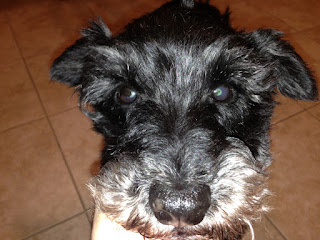 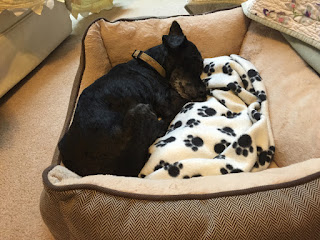 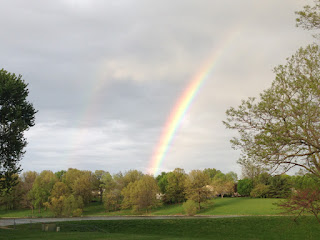 Even when you know it's coming, saying good-bye is never easy.

On Thursday, June 25, I took Indy for his final trip to the vet's office. He had stopped eating. And then he stopped drinking. He seemed almost in a daze, as though half in this world and half in another. I knew it was time to make the call I'd been dreading.

My Indy was a happy boy. In his younger years I signed us up for every class I could find. We did obedience training, flyball classes, and agility classes. He earned Canine Good Citizen and Therapy Dog International titles. We visited nursing homes where he showed off what he had learned (while patiently enduring the silly costumes I brought along) to the delight of residents.

We participated in humane society fundraisers, and he even appeared on our local NBC affiliate television station (wriggling like a worm in the arms of a T.V. weatherman) to promote an upcoming humane society event. In those days, my Indy got around.

As he and I both became older, our activities slowed. He enjoyed visiting our place at the river, sniffing the scents of the woods and wild things and warming his old bones on the sun-heated boulders surrounding the water.

Finally, even those adventures faded. With eyesight and hearing both nearly gone, Indy spent most of his time sleeping, perhaps dreaming of his youthful days. I'd wake him up to go outside and he'd follow me with the quiet dignity of an old dog.

On the day I drove Indy to the vet's office, I had to carry him inside. His doctor administered the medication while I stroked his head and talked to him. I felt like he could hear me speak and he seemed to listen to my voice until his valiant little heart finally stopped beating.

There are few things in life more enduring than the love of a good dog. Indy was my shadow and best buddy for more than 15 years. I miss hearing the jangle of his tags, seeing him nap in his small bed, and having his soft warmth curled in my lap.

But I do believe heaven holds a special corner for all our beloved creatures. I like to think Indy is there now running fast as the wind to chase a tennis ball and romping through tall grass with a host of new pals in a place where no one ever grows weary.

Pat--I saw the series of photos and was worried this post was going to end sadly.

I am so sorry for your loss. Think of all the love Indy enjoy in those years with you. He was a pampered pooch--as all dogs should be.

I think in heaven, dogs ALWAYS catch the squirrels, they have unlimited bones to chew on and endless treats to eat, and there is always a hand or two patting and petting them.

Writing is a way to heal. When you feel up to it, think about the stories you have not written about Indy... and get them down on paper.

Oh Pat, I am so very sorry. Lots of happy times to look back on though and I know he had a lovely life with you. Think of him running through the fields and one day you will see each other again.
Ann

I've been afraid this was why we haven't heard from you in a while. I remember quite a few years ago when you didn't think Indy would make it, but your loving care gave him all this time. Your post is a lovely tribute to a long life well loved and well lived. Sending best to all of you even though I agree about the romping.

Oh Pat, I am so sorry to read this post. I know how much you loved Indy and he you. My heart breaks for you.
He had 15 wonderful years of happiness and love with you.
Big hugs, Lynne xx

We are so sorry. Our hearts hurt for you. Memories sure are good at a time like this
Lily & Edward

Run free Indy!
It is so hard to let a beloved pet go. Good thoughts for you,
Pia

I'm so sorry to hear that Indy has left you for now. I agree, I believe there is a special place in heaven for our wonderful fur companions who loved us so well.

So sorry for your loss. Thank you for sharing your adventures with Indy with all of us. Run free Indy.

I am sorry to hear of your loss. Hugs to you.

Oh No! I'm so so sorry to read of Indy's passing! Hugs to you. They leave such huge footprints on our souls...

Oh, Pat....I am so sorry for the loss of Indy. I know how much he meant to you...and how much you meant to him. Losing a beloved pet is one of the saddest things to endure. My thoughts are with you.

This is the first time I have visited your site and what a sad post I see first. Bless you for giving him such a great life and allowing him the dignity to leave when he needed to. Your souls will meet again and he is probably around you still, riding the wind and visiting you in your dreams. It's an awful time in one's life when we lose our pets but it's just the body the leaves, their spirit is eternal x

Oh Pat, I'm so, so sorry for your loss. I know how much Indy meant to you, and I've so enjoyed reading your posts about him. My son volunteered at the Humane Society for many years and we spent a lot of time there when my kids were young. I love what you said about a special corner of heaven reserved for our fur babies. I'm so sure that's true. Sending hugs to you.