Will Justice Be Served? 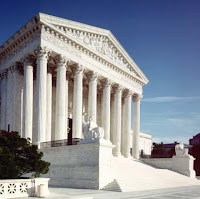 In 1999, Congress passed a law to bar the creation, sale, or possession of material depicting animal cruelty in order to block so-called "crush videos" that show women in provocative dress stomping on and killing small animals. The statute criminalized any conduct that involves animal cruelty.

In 2005, Robert Stevens became the first person convicted under the statute for commercially selling videos depicting dog fighting. According to the Humane Society of the United States, he also authored a "how to" manual on dog fighting. Stevens is appealing the conviction, claiming that the films were educational in nature and therefore protected under the First Amendment.

As you can imagine, this is a hot button topic that has created much discussion.

Free speech advocates claim that to limit these images prevents public discourse and could be wrongly applied to many documentary films.

Animal activists say the government has an obligation to prevent the inhumane treatment of animals and that these images have no redeeming social or educational value.

According to Newsweek Magazine, the United States Supreme Court has not declared a category of speech to be unprotected by the First Amendment since 1982, when it decided that child pornography did not deserve constitutional protection.

Will they do the same for images that portray animal cruelty?

My hope is that the law and the conviction will be upheld by the court. Animals are not given the ability to refuse participation in these heinous, bloody, and obscene spectacles. I fear that decriminalization would encourage production of such material out of profit-making and greed.

Does our country need to be even more desensitized to suffering and pain?

Please do keep us updated on this vital case, Pat! Tom and I are most interested to learn the outcome.

Well, I hope that the ruling will be favorable, but one never knows. I'll keep an eye out for the news, and I know you'll keep us updated.