The Award of Untruth 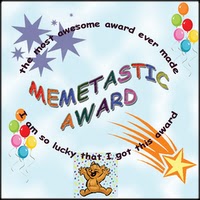 Many thanks to Lisa over at Writing in the Buff. She has been kind enough to send me this prestigious award designed specifically for writers of all things fictional...better known as the Liars Club.

My task is to tell four truths and one lie about myself. You, dear readers, are given the job of deciding which statements are truth, and which one is the fib. Here goes:

1. One of my dogs appeared on television four times, once while held in the arms of a well known local weather forecaster. The weatherman's efforts to report on upcoming conditions were utterly foiled due to losing the ensuing wrestling match with my squirming, uncooperative pooch.

2. My parents bought me a horse for my tenth birthday. He and I logged more than 1,000 miles of trail riding together before I went away to college and had to sell him.

3. And speaking of horses, I once got to ride with the Cow Town Posse in Texas, running a barrel race on a rodeo horse valued at over $10,000.

4. My very first dog was imaginary. He lived under the kitchen table and was partial to scraps sneakily delivered to him straight from my plate.

5. I had two goldfish who died during a thunderstorm. Having the bowl close to a window during a highly charged electrical event is apparently fatal to goldfish health.

There you are! My four truths and a lie, all critter-related, of course. So let's see how good I am at writing fiction. Do you know which statement is a fib and which are the truth? All will be revealed in a few days.

Now I must pass along this task to four other blogs. Since that job is even more difficult than the original challenge, I have chosen to select the first four blogs on my Blog Roll List for this honor. However, that will be tricky to determine since the order of the list literally changes from minute to minute.

Hey, fiction is all about surprises, isn't it?
Posted by Pat Wahler at 5:41 PM

Fish struck by a flash of lightning? Nah! But then feeding an imaginary dog could lead to a big mess, so maybe it's that one.

I have to go with the goldfish story as being false. The first story is a riot, if it is true; the horse stories could be true since I imagine you to be an awesome whisperer to critters of all shapes and sizes; as much as you love dogs it is not a stretch that you loved an imaginary one as a child. Yep. It's the goldfish. *sigh* Maybe.

Yeah. I'm thinking the goldfish story is a whopper.
Donna

I'm going with Number 2, the horse story. I think that's the untruth!

I'm going with the imaginary dog. I just can't imagine you without pets. Real ones, that is. :)

I am going with number three because it is written in a slightly different tone.

I'm really likin this awardy :D Congrats! Now as to your fib...I'm thinkin the invisible doggy under the table might be the one ;)

Many Thanks for your warm comments.
You are such a good writer that it is difficult but I will chose the goldfish as the lie.
Can't wait to find out!

I'm with the fish!

They all sound like the truth, so I'd say you're a good fiction writer! I have no idea. Maybe 2...probably due to jealousy knowing my parents would never do such a thing!

I would say the fish story, because it seems implausible. But that's probably why it's the truth -- you're faking us out!!

We also think the fish story is just that!! Afterall, the origianl Liars Club was comprised of a bunch of fishermen.
Smooches from pooches,
BabyRD and Hootie